Why Linux? Why Now?

I wanted to talk briefly about why I have chosen to make this journey into the world of Linux, why I think it’s necessary and what other options I've considered. I have been using windows since Windows 95, and have used almost every iteration of the OS as its progressed. It’s a solid system with a lot of huge advantages due to it’s massive user base and plethora of applications available on it. Part of the reason it has been so successful is not due necessarily to Microsoft’s efforts, but rather the thousands of companies and individuals that have contributed towards making it useful. My first action upon booting up a new windows machine has always been replacing many of the operating systems default programs. Windows media player with VLC, Internet explorer with chrome, windows media center with XBMC and the list goes on. It has never bothered me at all because Microsoft seemed to understand what it’s strengths were; maintaining a solid foundation for others to innovate on. They now seem to be straying from this trend, tightening their grip on the development process, perhaps drawing inspiration from another successful company. 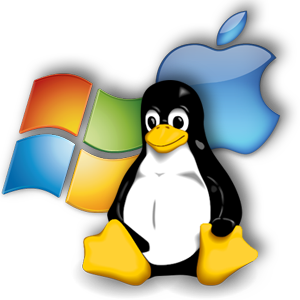 A lot of you may be wondering why I don’t just move to Apple’s OSX. Certainly this would be the easiest move for me to make. As a graphic designer, most of the applications I know and love are available for the mac platform and the operating system is familiar and easy to use. If I'm being honest, I really like OSX, I find it to be a very nice user experience regardless of your computer competency. I just personally can’t get behind this company. Their “patent everything” and “sue everybody” approach to business over the past few years, along with the “you use what we tell you to use” attitude towards the user makes me very hesitant. So I am going to avoid taking that path as long as Apple continues to be a bully in the tech world.


So now on to Linux. I love the concept of a free and open platform, with millions of people from all over the world working together towards making something better. People sharing and learning from one another and creating new possibilities for those who wouldn't have otherwise had them. Linux is something I want to be a part of, something I would like to contribute to, and something I think more and more people are starting to get behind. It also seems like there is a lot of interesting innovations happening on the ARM front in the Linux world. Not just crippled versions of the distributions that can't run any of the traditional applications but the full desktop experience running on the new architecture. Check out this video about Ubuntu for Android. This seems really interesting!
Posted by Unknown at 1:00 PM